COVID has been a world-shattering event, make no bones about it. We aim to explore quite how Coronavirus has affected the world of marketing. 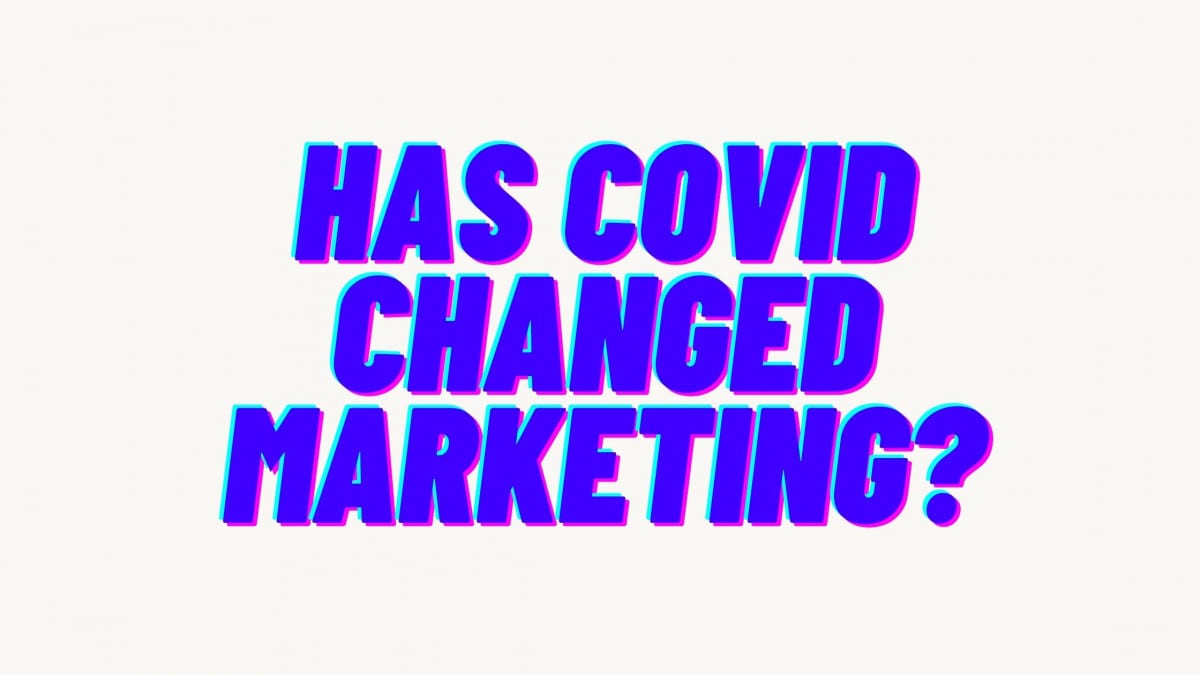 COVID-19 (or Coronavirus) has changed the world, mostly for the worse, but in some cases for the better. It’s permitted businesses, especially small and nimble businesses, to adapt, pivot and make the big decisions they’ve been sitting on for a while. At MailNinja, it allowed us to make some big changes, you can read about that here, for others, it’s been devastating.

In this post, we ask our experts exactly how COVID has changed the world of marketing. Will marketing every spring back to the way it was? What next?

The Explosion (Again) Of Email Marketing

While this has been a difficult and often times tragic period for many businesses, the email marketing industry has seen a boon unlike anything I can remember since the late 1990’s and early 2000’s. Back in those early days, open rates of 50%, 60% and even 80% in some niche markets, were normal and achievable by any marketer worth their salt.

Fast forward about 10 years, and (as stated many times by Gary Vaynerchuck) marketers managed to ruin everything great about the platform. With no rules like GDPR in place to protect lists, the Wild West of email marketing reached its heyday, consumers became inundated with unsolicited SPAM and open and click rates dropped dramatically. Even with that change, email was still an effective channel, albeit one that took a bit more effort to reach the desired goals.

And then came COVID-19. And then everyone started working from home. They were at their desks… sometimes helping their kids with daytime schoolwork and not able to focus on much “actual” work, but able to take short stints to look at email. Some were bored with Netflix and needed distraction. Others were juggling projects with remote workers and lived in their inboxes to do so. Whatever the reason, email usage went up dramatically. And so did our metrics.

For most industries, open rates climbed, and click rates skyrocketed. I credit some of this to the rules put in place by the GDPR and CCPA, which ensured that we are all using much cleaner lists than we did in the decade before, providing the opportunity for better email interaction with our subscribers.

What happens from here? Well, we know that remote working is going to be growing for most industries. And that means continued opportunity for inbox activity for many. I don’t think it will sustain at COVID-19 levels, but I do think that we have learned enough and grown our lists enough during this time that we have the opportunity to leverage the platform better than ever. We have better tools, we have better ability to track engagement, and we have opportunity with new audiences who are open after the last year to see what we have to offer.

Join our panel of experts.

Be seen as a thought leader and expert, plus get some mouth-watering SEO juice.

Become a contributorSuggest a topic