Are you giving your email results a fair trial? 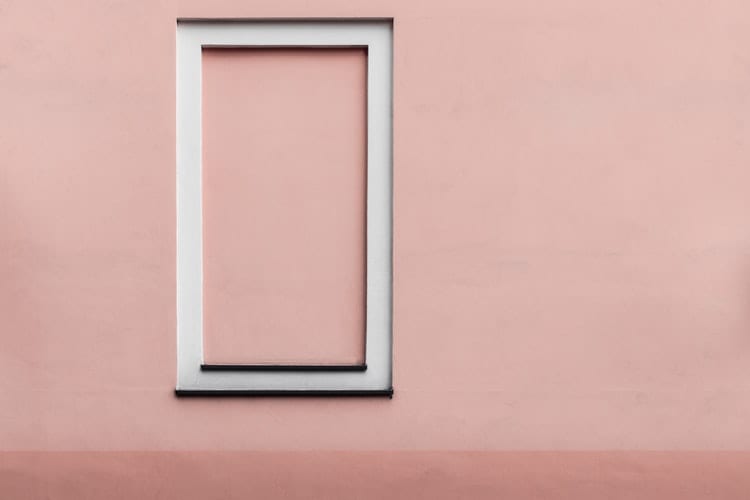 Opens – how many people have opened the email

Clicks – how many times links in an email have been clicked.

“Because open rate tracking relies on images, it isn’t 100% accurate. If a subscriber’s email client has images turned off, the tracking image won’t load, and their campaign won’t register as opened.”

Mailchimp themselves note that Open Rates alone can be misleading (as it relies on a small hidden image to be loaded to count as a single ‘open’) which means that if your browser defaults to not loading images, then this recipients’ open won’t be counted in the open rate.

Once they have opened, the pressure is on to create content that makes them want to click through!

There are many ‘tips and tricks’ to get your audience to interact with your emails….

What if we accepted each metric in its own right, and looked at them as pieces of a puzzle instead?

We’ve ad quite a few negative posts recently about dismissing opens rates, dismissing clicks as a metric too – dismissing all metrics just because they have their flaws.

If we use open rates and clicks to help us determine the success factor of our campaign rather than using individual metrics (Opens or Clicks) to blanket-assess, then perhaps they’re not entirely flawed but our use of them is flawed?

Click to Open Rates (CTOR) are suggested as a way of side-stepping the flaws of opens and the unscalable measure of individual clicks.

For example, when you look at open rates or clicks in isolation then you can have greater perceived results from campaigns that are sent to larger lists, it’s difficult to compare a list of 100 sends to a list of 1000 sends. As naturally a larger list to a similar audience will tend to result in a high quantity of opens or clicks.

Typically Email Service Providers (ESPs) calculate open rates by taking the number opens and dividing it by the number of emails sent that did not fail to reach the recipient.

CTOR is not a metric that ESPs commonly provide by default and as a result, you’re going to need to do some calculations to get the numbers. Luckily it’s a simple one to calculate.

Understanding the bigger picture is key.

To get to a reliable measure of success, we would argue that we need to assess all of the above metrics together to draw a logical conclusion. To do this we’d recommend creating a simple spreadsheet to compare the campaign metrics in order to come to a rounded assessment of the success of the campaign:

Then categorise them into success factors:

This categorised view gives us a better overall perspective of campaign success and allows us to draw a rounded conclusion and improve on specific areas post-campaign. We can look at the number of emails sent and how many delivered or bounced to understand whether the build of the email lends itself to avoiding spam filters and also assess the quality of the mailing list data.

From here we can look at the quality of the email produced and the audience interest by assessing open and open rate to see if our subject line has enticed enough interest to be opened (has it resonated with the audience? This helps us to understand if our audience is of any quality or benefit to the business – as the open rates will quickly show us also whether we have an engaged audience or just a list of unrefined email addresses).

Clicks and Click rates start to give us the detail behind the success of the campaign as it can tell us whether the content is resonating enough for the audience to want to take an action to find out more. Then we can use CTOR to compare emails opened versus who took action to click. Which is much more of a detailed picture than simply choosing one metric over the other in isolation. It takes a strong subject line to entice an open but an even stronger piece of content (that is engaging and resonates) to create a feeling of need and want in the reader to click and see more of what you have to say. With these combined metrics we can start to build a picture of how well our campaign content is working.

Unsubscribes, abuse reports and forwards are three actions that your audience can fall into if they really like your content or really dislike your content. It’s also a very clear and distinct metric for assessing the quality of individual recipients. If they really like what you have to say enough to open, click and forward, then together it’s a clear sign of success with that recipient (we have to be careful though, in theory, you could open an email, click to get through to the preferences page to unsubscribe and then forward it to report the email/complain so it’s best to check for ANY clicks you receive to ensure it isn’t to unsubscribe).

Abuse reports are a sign that not only did the recipient not like receiving your email but also that they feel it has somehow gone beyond just dislike and potentially offended them in some way or approached them in a way that they feel is unethical, dishonest, or unlawful. This can also spike in numbers if you have issues with your unsubscribe or preferences access from your emails so it is always worth checking this is fully in place and working.

Finally, revenue can be overlayed as a very clear and valuable metric of success. This is mostly relevant for retail or B2C businesses (but not entirely) as they commonly have e-commerce ‘or ‘stores’ on their websites that can be linked to via a campaign and then click-through and purchases can be tracked, the sale then attributed to the campaign. However, this metric isn’t always possible to measure when you don’t have a store on your website and you’re sending out simple newsletters or are communicating for another reason. Whereas, typically successful examples of revenue tracking include product promotions, abandoned cart campaigns, sales or discounts, new product releases and general sales emails.

Taking all of these factors and overlaying them gives a thorough picture to be able to draw a conclusion. So, if your email is going out to low numbers, the open rate is low but click through and revenue is high then the conclusion is clear: those within the audience that are engaged (and would be willing to purchase) are receiving the right message and taking action – generating clear revenue for your business. Whereas, in isolation low open rate could be seen as a sign of failure.

Another example, where open rates are high but clicks are low and there are no revenue figures: this can quickly point to successful audience targetting and strong subject lines but the content pitch isn’t quite right; the layout is perhaps not very logical, or the click-throughs haven’t got a strong enough call to action. Whereas, in isolation, this may have been seen as a success on purely open rates,

Open rates and click rates have their own merits and should be appreciated rather than dismissed for their flaws. If we use them as part of a well-structured assessment and create a complete view of the campaign then we can come to better conclusions around its success. In addition, subcategories of metrics can then boost our chances of understanding areas of improvement and increasing success in future sends. Using the ‘Subscriber, Subject, Content’ categories as a way of reviewing the whole campaign but allowing detailed improvements at the same time.

Revenue trumps all, where its application to the campaign objectives (i.e. a sales email). If you can directly associate revenue with a send that it’s the greatest measure of success that an email campaign can produce. For other campaigns then the above ‘Subscriber, Subject, Content’ metrics work well to continually get more from your campaigns, send after send.

How do you measure a successful campaign? If you think we’ve missed anything, please get in touch with us today.